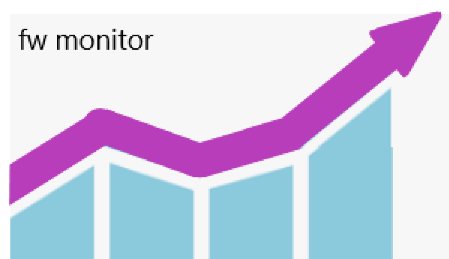 SecureXL has been significantly revised in R80.20. It now works in user space. This has also led to some changes in “fw monitor”.

Since R80.20  “fw monitor” is able to show the traffic accelerated with SecureXL. Thus it is possible to see SecureXL (provide more performance) modules in fw monitor chain. For more informations revert to “SecureXL offloading chain modules” in this article. Now you can see that SecureXL is used, which increases the performance of the firewall.

On R77.30 and R80.10 only disabling SecureXL allows to see the complete connection in fw monitor, which may be required for troubleshooting purposes or revert to “How to disable SecureXL for specific IP addresses”.

For more information, see sk30583, fw monitor or How to use FW Monitor.

Like I said SecureXL has been significantly revised in R80.20. It now works in user space. This has also led to some changes in “fw monitor”

There are new fw monitor chain (SecureXL) objects that do not run in the virtual machine.

There are more new chain modules in R80.20

In Firewall kernel (now also SecureXL), each kernel is associated with a key (red) witch specifies the type of traffic applicable to the chain modul.